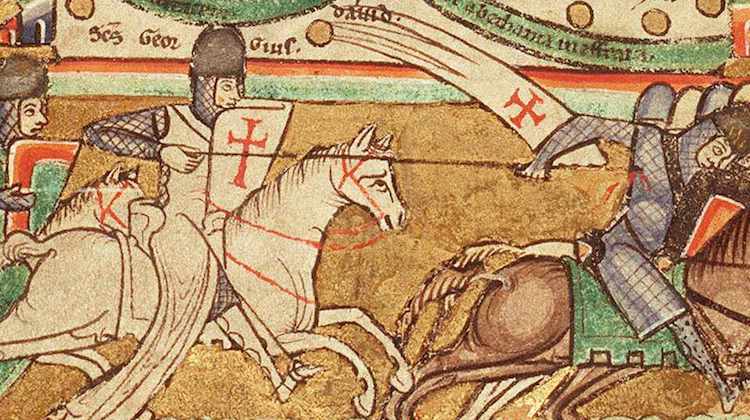 The Knights Templar are without a doubt one of the most well-known groups of the medieval world – studied endlessly, depicted in numerous novels and movies as both good guys and bad, their bravery and piety vaunted, their secretive nature explored, their morals questioned, their godly purpose stacked up against their worldly wealth. It would seem that every aspect of Templar life and history has been covered in fiction. And that was what I thought when I first considered writing about them. How could I do something that’s not simply rehashing ground already covered extensively? I found the answer in not one unexplored niche, but in two that were closely tied together by two historical figures.

The first is 12th to 13th century Reconquista Spain. Oddly, despite the great span of that land and its troubled history, in English literature, at least, it is sparsely touched upon. I suspect that the lure of the great crusades in the Holy Land somewhat overshadow what was simultaneously happening on the Iberian peninsula, especially where the Templars are concerned, given that they were formed in Jerusalem as a direct consequence of the ongoing struggle in the Middle East.

But it is worth remembering that the Templars were an international organisation, for all their initial focus on the Holy Land. Their political and administrative heart shifted and focused, at times, more in France than anywhere else. And while Richard of England and Philip of France were securing their place in history at Acre, and the Templars there shared in the disaster that was the battle of Hattin, their order was also at work in Iberia.

It is misleading, of course, to speak of Spain. In the late 12th century, there was no such thing as Spain. What there was was a collection of Christian and Arabic states that sporadically jostled and engaged in war. The Reconquista was never a continual push south by combined Christian forces, but more reminiscent of what was happening in the Holy Land. While France and England, along with other nations and orders, engaged in no less than nine crusades there over two centuries, in Iberia, rival Christian kings would launch campaigns, occasionally gaining new territory and forcing back the line of Arabic control, sometimes with disastrous results. The Christian kingdoms of Portugal, Leon, Castile, Navarre and Aragon were as often at loggerheads with one another as they were busy fighting the Moors. What had once been a collection of individual Moorish taifas, however, each led by an emir, had been subsumed by a tide of new zealous moors from Africa, the Almohad Caliphate. Only one independent taifa remained on the Balearic islands. The rest of Islamic Iberia was united and focused against a fragmented Christian world. As such it is no surprise that the reconquest of Iberia was a slow and painful process that took more than seven centuries in total.

But here we find a niche for the Knights Templar. In that famous order we have a force of purposeful ready-made crusaders whose allegiance was to God and the pope and no individual nation. As such they were a useful tool for the Iberian kings to employ in the Reconquista. In return for grants of land and power, they would lend their lances and muscle to the fight against the Almohads. Thus the Templars spread across the Christian lands of Iberia, sometimes achieving great influence, such as in the striking will of Alfonso I of Aragon, who left everything to the Templars, the Hospitallers and the Order of the Holy Sepulchre. 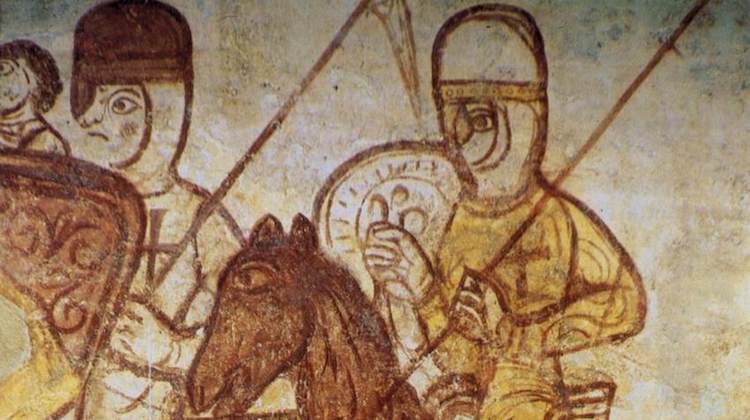 Thus the Templars had their niche. But Iberia in the late 12th century was a hard land for them. In other countries, their order gathered manpower and land and wealth in donatives at a surprising rate – enough to eventually make kings jealous and cause their downfall. Iberia was different, though. Centuries of war against the moors, as well as internecine conflicts in the north, had left a land that was considerably poorer in both resources and manpower than it should have been. Moreover, a significant proportion of the workforce in the Christian lands were moors who had either converted or were in effect slaves. We should not forget the significant Jewish population, also. So, in Iberia often we find that the houses of the Templars are somewhat different from those in other countries.

There are records in Spain of Templar lands being administered and worked by moors and Jews. The Order had Moorish slaves, for certain, but there are surprising documents that tell of transactions between the Templars and groups against whom they would be seemingly naturally opposed. This is the interesting world I discovered when I began to look into Templar Spain. A world where the Order’s rules were perhaps bent considerably more than in other lands by simple necessity.

And therein lies my hook and the two figures I mentioned above that tied together my two niches: Templar Spain and Templar women. It will surprise many to know that there were women in the Order of the Temple. After all, they were the Knights Templar. Their remit was to be a sword-arm of the Church to protect pilgrims from heathen raiders. What place then did women have in the Order? The answer is officially none. Indeed the Order’s Rule, laid down by Saint Bernard of Clairvaux, specifically forbade women, and went so far as to set rules that kept the members of the Order as far from the temptation of women as possible. There could be no female Templars.

And yet at Mühlen in Austria we find a Templar nunnery, and officially labelled as such. And in the cartularies of the Templar houses there are many, many records of female members of the order, at least at the associate level of Consoror or Donat (lay sisters or women tied to the order through donations). This in itself is interesting enough to consider as the heart of a novel, but in further investigation into the role of woman in the military orders, I found my two figures, and their existence simply flabbergasted me. 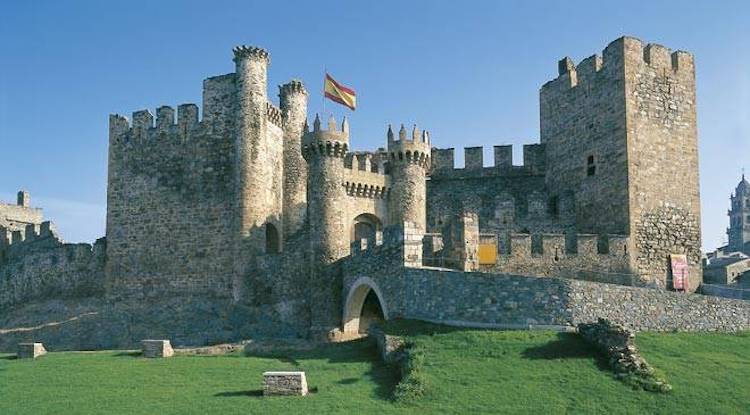 Ermengarda of Oluja, along with her husband Gombau joined the Order of the Temple and donated land. They were clearly shuffled off into separate houses, and Gombau disappears from the record a few years later. Ermengarda, though, is unique. She is noted in documents as a Sister of the Order. Not a lay sister, consoror or donat, but as a sister, the presumed equivalent of a full brother. This again is astonishing to me, but there was more to come, and it blew apart all my preconceptions of the Templars, for in the historical record, Ermengarda is referred to as a preceptrix, commanding the house of Rourell in Catalunya. So not only do we have a female Templar which is forbidden in the rule, but she is no peripheral figure. She is a mover and shaker in the Order of that region and even commands a small Templar monastery. This is the sort of figure about whom legends arise. Moreover, there is a further record of Ermengarda admitting a woman by the name of Titborga into the Order as a sister at Rourell. Daughter of War was born from this discovery. I had set out to create a tale of the Knights Templar, but I did not want to rehash the crusades or the supposed esoteric nature of the Order. I wanted it to be real and historic and yet to cover new ground in a well-trodden area. I found that virgin ground in the form of two women who did what could not be done. Two female Templars in a land where nothing was simple. The discovery that gave rise to the book only goes to show that history is never simple and a little digging will always turn up surprises.

A daughter of war.

Simon Turney has published more than 25 novels, including the bestselling Marius’ Mules series. Daughter of War, published under the name SJA Turney, is the first in an epic new series about the Knights Templar and is out now.

He’s written more for Historia about the Templars – this time looking at their part in the reconquest of Spain.

Simon also writes about the world of Ancient Rome: see his feature, A game of gods: religion in a changing Roman world, co-written with Gordon Doherty.

And his latest series, Wolves of Odin, follows a Viking crew caught up in the great wars of the 11th century – while fighting their own battles against enemies closer to home. Find out about the background to Blood Feud, the first book in this series, in Simon’s feature Vikings in Georgia: history or myth?

You may also enjoy Lost and found: remembering William Marshal, the Greatest Knight by Elizabeth Chadwick, about the inspiration for her book Templar Silks.