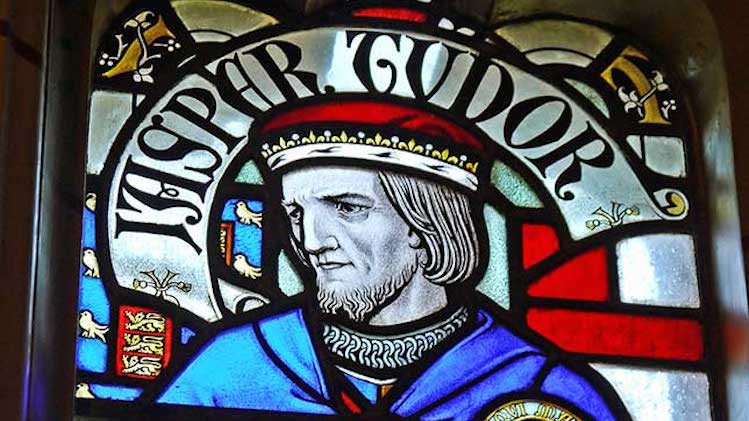 Joanna Hickson looks at the naming of characters in historical fiction.

Authors who write novels based around medieval royal England often have trouble identifying characters one from another, because the same names crop up time and time again in the family trees of the major dynasties. During the fifteenth century for instance the name Henry occurs confusingly frequently, cropping up in kings no less than four times and, due to the habit of sycophantic nobles calling their offspring after the reigning monarch, in almost every other courtier family fortunate enough to have sons. In my latest novel, First of the Tudors, I have avoided repetition by calling Margaret Beaufort’s posthumous son by the Welsh variant of his name, Harri, leaving the ‘proper’ name to his half-uncle, King Henry VI.

It was necessary to be similarly inventive when Edward of York became King Edward IV, because the son of his rival king, Henry of Lancaster, had unfortunately been born at Westminster Palace and named for the pre-Norman-conquest saint King Edward the Confessor, at whose shrine in the nearby Abbey his mother had prayed desperately for an heir.  Luckily she was a French princess and I considered it more than likely that she might have insisted on using the French version of his name, so that he becomes Édouard in the pages of my book. At the same time, despite English historians’ habit of calling her Queen Margaret of Anjou, she remains Marguerite in the book because one of the main female characters is Lady Margaret Beaufort, who definitely would not have appreciated having her name ignobly shortened to Meg or Maggie!

Earlier in the century the name Richard had become almost ubiquitous, owing to the initial popularity of the boy-king Richard II. Later, of course, this could have become awkward for those young men saddled with the name of the monarch who was unceremoniously usurped by his cousin Henry Bolingbroke. Having an embarrassment of Richards to deal with in my novel Red Rose White Rose I used this possibility to give one of the three central Richard characters the nickname Hal after the new King Henry’s son and heir, who Shakespeare also nicknamed Prince Hal.  My Hal’s father, Lord Neville, was rewarded for his loyalty to the new royalty by being created Earl of Westmorland.

I had no such problem with the hero of First of the Tudors. In fact it was his unusual name that drew me to him in the first place as it was a conundrum I confronted in The Tudor Bride, a novel which focussed on the clandestine ‘misalliance’ between Henry V’s widow Queen Catherine de Valois and her Master of the Wardrobe, Owen Tudor.  While their firstborn son received one of the usual panoply of noble names, being baptised Edmund, why did they go completely off-piste for their second and call him Jasper?  While I would not claim that no other boy was baptised with that name in England in the fifteenth century, I have not come across one during many, many years of researching the period.

Do not get me wrong, I personally think Jasper a splendid name and lucky are the several hundred boys who have received it annually in twenty first century Britain.  But in 1430, which is roughly when my new hero was born, it was unusual – probably unheard of – in England.  And therein lies a clue, for there were a number of Jaspers documented in France at the time and of course his mother, once again, was French. Jasper was thought to be a corruption of Caspar, one of the Three Magi who were much revered in the medieval Roman Catholic Church and perhaps a name given to boys born on Twelfth Night or Epiphany, celebrated as the day the Magi brought their gifts to the baby Jesus. The other two were called Balthazar and Melchior, names very occasionally also found in medieval European sources.

So Catherine de Valois could have heard of the name but what circumstance might have caused her to break with English noble tradition and give it to her younger son? Jasper also happens to be the name of a semi-precious gemstone, much used in medieval jewellery, most frequently in its red form known as bloodstone, although it comes in many and varied colours. Jasper Tudor was a redhead; the Welsh bards who sang his praises during the Wars of the Roses particularly refer to it. A subsidiary course in genetics at university taught me that red hair is often the result of one parent being fair and the other dark haired. Catherine de Valois was celebrated for her fair hair and, being Welsh, Owen Tudor was very likely to have been dark.

This is one of the delights of writing historical fiction; coincidence is allowed and we wander spellbound in the realms of extrapolation from the little snippets of information that research throws up. One of them that rose to the surface for me was the fact that medieval midwives believed jasper to be an aid in relieving the pain of childbirth. It did not require a huge leap of imagination to picture Catherine owning an item of jewellery set with bloodstones and for it to be used during the birth of her second child, a boy that proved to have hair the colour of the stones.

Jasper was a name that suited him perfectly and one that actually eventually ‘made his name’. While he was made Earl of Pembroke by his half-brother Henry VI and should therefore have been referred to as Lord Pembroke, in the poetry of the bards and most other fifteenth century historical sources he was always called simply Lord Jasper – my hero!

Joanna Hickson‘s new novel, First of the Tudors, is out now.