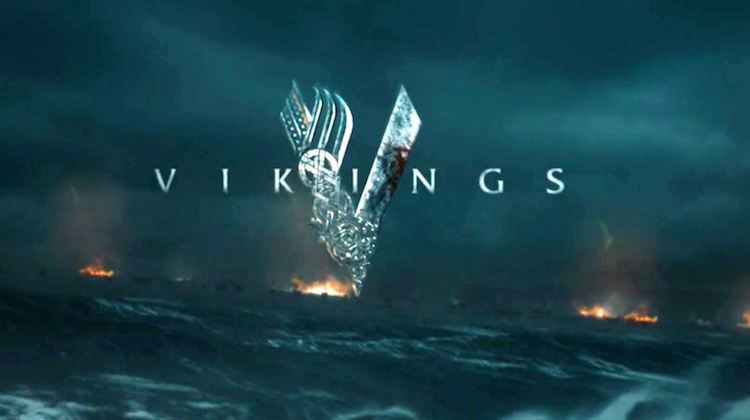 In Revenge, Vikings series creator/writer Michael Hirst takes a walk on the dark, disgusting side and forces us to go with him. Thanks a lot.

So if you are not into equating ritual human sacrifice with sexual penetration, or you are not eager to watch a graphic depiction of the reputed Viking blood eagle carved into a man’s back, you might want to give this episode a pass.

We know that we are in for trouble when the show begins with Lagertha claiming that in order to guarantee success of the greater-than-ever-war they are about to wage on the Saxons, her people must offer the gods a greater-than-ever-sacrifice. For the next twenty minutes we are wondering who is going to die.

While the episode lingers way too long on bloody matters, the more intriguing story lines move forward at a somewhat lethargic pace. Harald Finehair, Halfdan and Egil continue their plotting against the Lothbroks, reassured by Egil’s promise that the amazing fortifications around Kattegat (and I quite admired them!) could be breached.

There are other dangerous liaisons, too. Ubbe marries his no-longer-a-slave Margrethe, and in keeping with the episode’s grim imagery, blood is part of the ceremony. Hints that trouble might be brewing because of Hvitserk’s interest in his brother’s new wife are swept away when the overly generous Ubbe offers to share her. Hirst has been dropping hints about this for weeks, but…really? He toyed with this concept before, back in the first season when Lagertha and Ragnar invited Athelstan to share their bed; but he dropped it almost immediately. Now he seems to think he needs to go there again. Granted, bed sharing was probably not uncommon in the 9th century, but my understanding is that it was for warmth, not three-way sex. It was too important for a man to be certain that the sons he raised were his own.

Given the double standard in male-female relations throughout recorded history, Bjorn’s illicit liaison with Lagertha’s favorite shield maiden, Astrid, is more plausible, and it continues in this episode. Bjorn’s wife knows about it and seems unperturbed. It’s Lagertha who warns Astrid to watch herself, and we are reminded that Lagertha has nearly died twice in childbirth. For women, the consequences of sex could be life-threatening.

The episode’s central action is the vengeance that the Lothbrok boys seek against King Aelle,  but the battle between Aelle’s Saxons and the Great Heathen Army is only hinted at. I’m betting it’s because Hirst is saving that for when the Viking comes up against Wessex. Instead, as I mentioned earlier, Hirst goes for our throats and stomachs by dwelling on the punishment inflicted on King Aelle.

Never mind that. The most compelling scene of this episode takes place in Wessex, when Æthelwulf finally pulls up his breecs and confronts King Ecbert. Hirst and actors Linus Roache and Moe Dunford give us a beautiful scene of a son laying out his grievances against his father calmly and rationally. At the same time he reveals his desperate need for his father’s affection – begs for it even. But his father, stricken, has nothing to give. THAT is powerful.

Next week: Kattegat and Wessex under siege.