In this episode Lagertha starts a war, Rollo goes swimming, and Ragnar takes Ivar on a road trip.

In Hedeby Lagertha (Katheryn Winnick) is plotting with her girlfriends to take back Kattegat, but Ubbe (Jordan Patrick Smith) and Sigurd (David Lindström), unlike their brothers, have opted to hang out at home and protect the town and their mum. So to get them out of the way Lagertha lures them to Hedeby, puts them in storage, and attacks Kattegat by land and sea. Aslaug (Alyssa Sutherland) – she of the many visions – has already seen this coming. So while her people are forming shield walls and fighting for their lives, she decks herself out in her finest ceremonial garb and prepares for – well we’re not sure what, but it involves a gorgeous golden sword. Once Lagertha calls a halt to the fighting, Aslaug, leaves the hall bearing this sword on her palms.

Could this be her father’s sword? Aslaug’s father, Sigurd, had a powerful golden sword that he used to kill the dragon Fafnir. If this is his sword, what is Aslaug going to do with it? The sword has a name: Gramr. It means Wrath. Uh-oh.

Over in Normandy Rollo (Clive Standen) greets Bjorn (Alexander Ludwig), Floki (Gustaf Skarsgård), and Helga (Maud Hirst), and even recognizes Hvitserk (Marco Ilsø), which is impressive because it’s been about ten years since he’s seen this nephew who must have been 8 then. Bjorn and Hvitserk meet their three cousins, only one of whom I’ve ever heard of before. That would be the eldest, William (Charles Last), who would one day be called William Longsword, and his great great grandson, another William, will cause a row at Hastings in 1066. You can see Longsword’s tomb, and Rollo’s, in the Rouen cathedral.

Bjorn shows Rollo his map and Rollo admires it so much that he snatches it and throws his visitors, shackled, into a cell. Welcome to Normandy! After a time, though, Bjorn is released and invited to meet a librarian (Jack Walsh) who’s come all the way from Paris to show Bjorn a bigger and better map. This gentleman is Johannes Scotus Eriugena – a historical figure who was born in Ireland and joined the court of Charles the Bald in 847. Teacher, theologian, philosopher and poet, he became head of the Palace School. And, apparently, he was at the beck and call of Rollo in what must be the year 919, which would make Johannes about 104 years old, although we know he died sometime around 877, but if you try to keep this series to a strict time line you’ll go mad, so never mind.

Johanne’s map of the Roman Empire is lovely.

Did they have maps like this in the 10th century? It’s possible. Eratosthenes drew a world map in 194 BC. The actual map didn’t survive the centuries, but scholars have recreated it from the description, and it looks a lot like this one. I’m willing to believe that such a map might have been floating around in a library in Paris in 847 or 919 or whenever, although no one can prove it. As they study it Rollo warns Bjorn about violent storms in the Bay of Biscay that he will have to navigate. Pay attention Bjorn! Even today massive cargo ships run into trouble there because of rough seas and twenty foot swells. Imagine what it must have been like in a Viking boat.

Rollo agrees to grant Bjorn passage, but only if he will take Rollo along. Bjorn agrees, but his wife Gisla (Morgane Polanski), understandably, is not happy about this. Rollo tells her that despite his conversion to Christianity, he is a Viking at heart. True enough. Supposedly the historical Rollo, on his deathbed, gave benefactions to Christian churches and also some human sacrifices to the old gods, thus hedging his bets. So off he goes. But all is not well with his Viking crew and family. They are still mad about the drubbing he gave them eight years before, so they keelhaul him. This nasty punishment – dragging someone under the hull of a ship – was first recorded by the Greeks in 800 b.c. Ironically, it was meted out to pirates while here it’s the pirates doing the punishing. We hold our breath because we don’t know how long Rollo can hold his.

Meantime, in Wessex, Ragnar (Travis Fimmel) and Ivar (Alex Høgh Andersen) survive their own watery ordeal, along with about a dozen companions. The Saxons know they are lurking about but King Ecbert (Linus Roache), older but still canny, is not too worried about Ragnar so long as he doesn’t have an army with him.

Ragnar and his mates evade the Saxons for a while, but Ragnar knows it’s only a matter of time until they are caught and killed. His solution: he and Ivar have to dispose of their friends and go it alone.  So they do, and it stretches my sympathy to the breaking point. Ragnar’s purpose in going to Wessex was to avenge the slaughter of the Danish settlers he left there 8 years before, yet he has no qualms about murdering his companions. Is there logic in that? Well, in the last episode we saw the corruption of the concept of lord as gold giver, and now we see the next step – once Ragnar turns on his own men, how is he different from the treacherous Jarl Haraldson that he defeated in Season One? Mind you, we’ve seen Rollo kill his people as well. Is it a Lothbrok trait or a Viking one?

Ivar doesn’t even question it. Well, he’s a Lothbrok. The two of them make their way to Winchester, and I have to wonder if writer Hirst thinks that the clever, sometimes affectionate dialogue between father and son will make me forget just how twisted and dangerous these two are. It doesn’t. That snake imagery comes to mind again – deadly, unpredictable and cold blooded.

As they approach Winchester Ragnar warns Ivar to “act like a cripple so they won’t see you as a threat,” and the episode ends with a shot of Ragnar’s devious, chilling expression as he is about to meet his old adversary, King Ecbert. 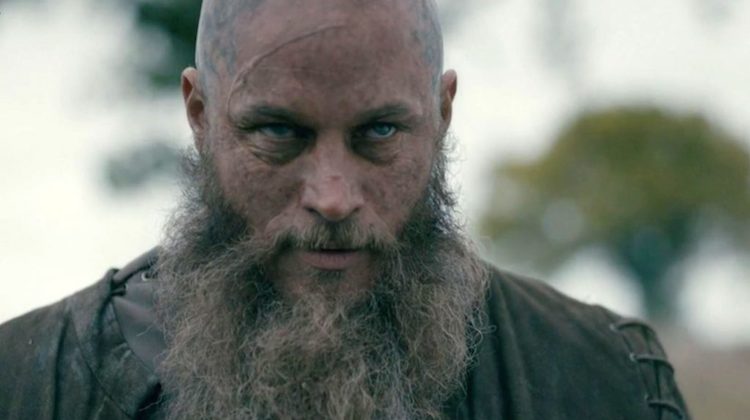