What is it like when your novel just isn’t working? EC (Elizabeth) Fremantle had the perfect ingredients for a historical thriller: murder, sex, secrets, danger – but why did her first draft turn out to be unreadable? The Honey and the Sting is my sixth novel. I had the idea that writing would become easier […] 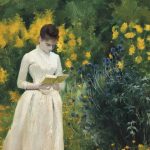 Whatever this unusual summer may bring us, a good book can be an uplifting delight – or a comfort during difficult times. Historia has asked nine historical writers to suggest a new or recent book that has excited them as well as an old favourite to return to. Enjoy their summer reading recommendations! Nicola Cornick […]

With its immersive cinematic techniques, the film 1917 conveys the relentless horror of war in a manner that is “profoundly moving”, author Elizabeth Fremantle tells Historia. Sam Mendes’s film 1917, inspired by the stories told by his grandfather of fighting in the First World War, has divided both critics and viewers. Some have deemed it […]

EC (Elizabeth) Fremantle writes about five infamous female poisoners from the past in Historia magazine.

2018 has been an exciting year for historical writing, both fiction and non-fiction. With the holidays coming up, Elizabeth Fremantle asked fellow HWA members to choose three outstanding books each to recommend as the year’s highlights (and a few older favourites have popped up as well). We hope this selection inspires you, whether you’re looking […]

With the winners of the three 2018 HWA Crown awards announced on Wednesday, 7 November, this is a good time to say thank you to our judges, who’ve spent many weeks reading the longlists and choosing the shortlists and will have to make the hard choice of one winner in their Crown award category. The […]

There is nothing Janet Todd doesn’t know about the Restoration playwright, Aphra Behn; her acclaimed 1996 biography is testimony to this. Twenty years on she has returned to this work, updating it with subtle textual revisions and a new introduction: Aphra Behn: A Secret Life is the result. In the years separating these editions historical […]

Antonia Senior talks to Elizabeth Fremantle about her new novel The Tyrant’s Shadow. The Tyrant’s Shadow follows on from the events of your previous novel Treason’s Daughter, was it always your intention to write more than one book with these characters? I had intended to write only one book. It was my then editor’s idea […]