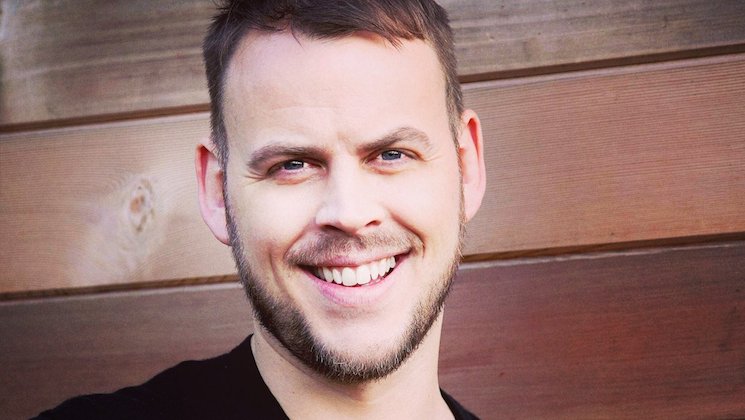 We talk to Giles Kristian about Viking longships, writing routines and his HWA Endeavour Ink Gold Crown shortlisted novel, Wings of the Storm.

You’re probably best known for your two Viking trilogies. Have you always been interested in Viking history?

My mother is Norwegian and I spent a lot of time growing up on the fjord’s edge, my imagination running wild as I sat fishing or explored pine-bristled islands and peaceful coves. My connection to that landscape is soul-deep. Combine that with an obsession with history and a fear of being normal, and it’s not surprising I ended up writing Viking tales for a living.

Wings of the Storm is the third and final instalment in your Rise of Sigurd series. How did the initial idea for the trilogy come about?

I’d written about this crew of reprobates in the Raven trilogy and realised I didn’t know much about them, other than their penchant for pillaging. Didn’t know their backstory. Could hear Sigurd asking, ‘What’s my motivation, darling?’ Maybe not. But I did think it would be great fun getting to know my friends better. They’d given me so much, I owed them a past. And the prequel thing worked out well for George Lucas…

Historical research: a pleasure or a chore?

Chore is a nice way of putting it. Really, it’s much worse than that. Mind you, I rarely, if ever, go to town on the research before starting a novel. I hear of writers spending weeks, even months researching. I just want to get writing. Takes me long enough to write a novel, I don’t want to drag it out even more. I’ll do my research on the way. Having said that, I buy tons of reference books, thinking that just by having them, the knowledge therein will leech into me like osmosis. I fear my theory on this may be wrong.

Did your research for this book turn up anything unexpected?

I suppose you could call rowing the largest Viking ship built in modern times research. Though perhaps not if you’re writing a Tudor romance. Some friends and I volunteered and were lucky enough to be selected to put Draken Harald Hårfagre through early sea trials off the island of Karmøy, near Haugesund on Norway’s south-west coast. I set The Rise of Sigurd series there, where Harald Fine Hair, first king of Norway, had his home. I could’ve gleaned the same information from a book, but it wouldn’t have been anywhere near as much fun. Inspiration, in whatever form, transfers much better to the page than facts and figures stolen from a history book or Google. I did learn that if you miss time your oar’s stroke, the oar stave will quite easily knock you off your bench, much to the delight of your crewmates. Didn’t happen to me, of course. That rowing trip also inspired a new insult which I had great pleasure using in the books: ‘arse welt.’ You know the metal rivets on the back pockets of your jeans? Well, the friction caused by those rivets rubbing on a row bench, felt through the thin fabric of your jeans. Yep. Arse welt. That’s experimental archaeology right there. Apart from the jeans bit.

Antonia Senior, Chair of judges said, ‘Our shortlisted writers, although very different in subject and style, all share a talent for making the past holler to the present.’ Were you conscious of any modern day parallels when writing the book?

What, like people committing bloody atrocities, seeming to be part of some death cult and slaughtering their enemies in the name of their god? No. Can’t think of anything like that these days.

Can you tell us a bit about your writing routine, if you have one?

I write five or six days a week and try, though often fail, to stick to 9-5 so that I don’t miss too much family life. I’ll read a good chunk of the previous day’s writing, editing as I go, before starting a new session. This reminds me where I am in the story and also, importantly, puts me back in the same mood and ensures continuity of style. Otherwise I’d be influenced by whatever book (or audiobook) I have on the go at the time. Furthermore, editing as I go makes for a first draft which is much closer to the final draft. I don’t do loads of rewrites. I’m slow but careful.

Depending on the scene I’m writing, I might listen to a particular piece of music to help get me in the mood. Movie soundtracks are great for this; Braveheart, Gladiator, The Lord of the Rings, The Last of the Mohicans etc. Wardruna is perfect for evoking Viking themes, though recently I’ve been writing the new book, Lancelot, to drum and bass. No idea what that says about me…or the book!

Other times I might need silence in order to hear the music of the prose. I write rhythmically. Maybe because of my other creative past and great love, music. Coffee is essential. Twitter and Facebook are my enemies. If I can, I try to quit for the day knowing roughly what I’m going to start writing when I next sit down. That prevents a good hour of head scratching/room tidying/playing with various weapons. I’ll often leave my desk half way through a sentence and pick it up the next day. Is that weird? Or just

What advice would you give someone starting work on a first novel?

You need patience. More patience than is natural. There are no short cuts, there’s no magic formula. Well, maybe there is, but if I couldn’t find it, and I looked, I mean really looked, then you won’t, either. You’ll write your first draft, maybe you’ll only have a quarter of it down, and you’ll be desperate to show it, to submit it, to seek validation, praise, a fanfare from the heavens. Don’t. It’s not ready. It’s not even nearly ready. And even when it’s ready, it’s probably not ready. So be patient and finish it. Rewrite. Trim the fat, season for taste and leave it to rest. When you’ve done that, believe in it and sell the very idea of it with every fibre of your being.

Which recent novels, historical or otherwise, would be on your personal shortlist?

I’m writing my new novel and a graphic novel, reviewing, doing video game narrative design and writing a film script. Added to this, I have two young children who are the most wonderful, funny and brilliant distractions in the world. I really don’t read much at the moment. (Will I be struck off for admitting that?) Having said that, I am currently reading Conn Iggulden’s Dunstan, which I think is as good as Wolf Hall, only more entertaining, and I recently listened to Swan Song by Robert McCammon on audiobook, and Stephen King’s On Writing. I’d read On Writing years ago, but listening to King narrating it is a joy.

What’s next? What are you working on now?

I’m currently writing a novel called Lancelot, about, you guessed it, Lancelot. I’ve never read a story from Lancelot’s point of view and, like Guinevere, I thought, here’s a character I can really get to grips with. Traditionally, Lancelot is the best of Arthur’s warriors and his greatest friend. Yet, despite his love for Arthur, Lancelot betrays him by having an affair with Guinevere, Arthur’s wife. It is a betrayal which breaks Arthur’s heart and all but brings down a kingdom. Lancelot is quite different from my previous novels, both in style and theme. It has been a challenge to write, not least because my father passed away while I’ve been writing it. I can’t say that I recommend spending hours in your own head, writing a novel, whilst grieving. I’ve no idea what people will make of Lancelot, but I’ve given it all of me, for better or worse.

And finally, just for fun, can you describe your book in five words?

Better than the TV series.

Find out more about Giles at his website or read our previous interview here.

Join us for the first ever HWA Crowns Award Ceremony where we will be awarding the winners of the HWA Endeavour Ink Gold, HWA Debut and HWA Non-Fiction Crowns as well as the Dorothy Dunnett Short Story Competition prize. 7th November 2017 in London. More info here.