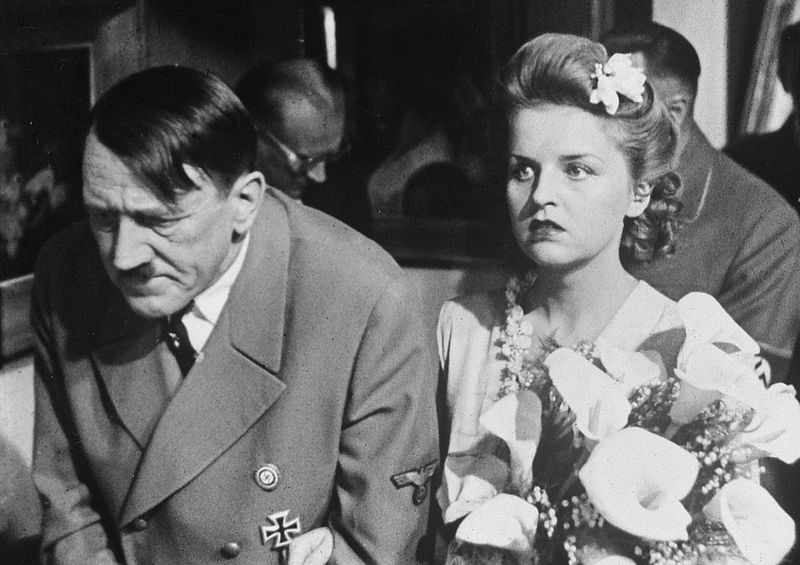 It may not be the weightiest of historical enigmas, but the sex life of Adolf Hitler has to be one of the most enduring. Historians probing the dictator’s psychology repeatedly find themselves turning to his sexuality in the search for some clue towards his warped world view. The issue of whether Hitler was gay, straight, sadistic, masochistic or asexual has filled books and preoccupied novelists, the most recent being Martin Amis, who speculated that the Fuhrer preferred sex with full clothes on because of his hygiene fetish. But the woman who had at least some of the answers was, for most of her life, kept well out of the limelight, and treated as one of the Fuhrer’s best kept secrets.

Eva Braun, who had the title Frau Hitler for a single day before engaging in a joint suicide pact in Hitler’s bunker in 1945, would, according to Albert Speer, prove ‘a great disappointment to historians.’ But for a novelist focusing on the private life of the Third Reich, and in particular the women who surrounded Hitler, she has proved fascinating. The first question I encountered in writing about Eva Braun was very much the same as everyone else’s – how can a woman have a relationship with a man who is in many ways the embodiment of evil? Was she in denial, or simply self-deluding?

There is no more troubling way of viewing the Nazi leaders than in examining the women who loved them. Sometimes the personal lives of the senior men – their relationships with their wives and children – are more disturbing than pictures of their ranting speeches, because they force us to consider them as human beings.

Eva Braun met Hitler when she was a seventeen year old, convent educated shop-girl, working for Hitler’s official photographer, Heinrich Hoffman, in Munich. Hitler was by that time a forty something aspiring politician. He had tickets to the opera, she accepted, and so began a tortured relationship that involved several suicide attempts and led Hitler’s chauffeur, Eric Kempa, to label her ‘the unhappiest woman in Germany’. From Eva’s letters we learn that her parents disapproved, and that Hitler would frequently ignore her in public, merely passing her an envelope of money at the end of the evening. When she was finally allotted a room in the Berlin Chancellery, she was forced to use a back entrance in case anyone saw her.

Hitler and his henchmen tried their hardest to keep Eva out of the spotlight, and forbade any picture of her to be published, because they were keen to project the idea that he was ‘married to Germany’. Yet Eva herself ensured the opposite for posterity. She was an early adopter of cine-film and made endless home movies. Today she would have been constantly on Facebook, instagramming her meals and taking selfies at the Berghof. One of her more astonishing ambitions was to star one day in a ‘bio-pic’ of her life with the man she always called ‘Wolf’.

Yet inevitably it is their sex life which has filled tomes because in sex, we believe, a person’s deepest essence is revealed. Rumours of homosexuality had dogged Hitler since the early 1920s, repeated in Munich newspapers and bolstered by his close relationship with Ernst Röhm, the homosexual head of the SA. There is good reason to believe he did have repressed homosexual tendencies, yet the dictator’s interest in women is also well-attested. He would invite actresses from the theatre back to his apartment for ‘private performances’.

One actress called Renata Müller spread rumours about Hitler’s alleged proclivity for self-abasement, with suggestions that he knelt at her feet and asked her to kick him. When she fell to her death from a window in 1937, many questioned the verdict of suicide. Even more eye-catching was the secret 1943 American OSS report that labelled Hitler an ‘impotent coprophile’, based on claims from Otto Strasser, one of Hitler’s opponents in the Party, that the dictator forced his niece Geli to urinate and defecate on him. It must be remembered that there was plenty of politically inspired propaganda around in the Third Reich, and Hitler’s sex life was a recurring obsession for those around him, but his infatuation with the unfortunate Geli was probably the deepest of his life, and her suicide in his apartment brought him close to breakdown. Geli, like Eva, did not threaten him intellectually. ‘There is surely nothing finer than to educate a young thing for oneself,’ he opined. ‘A lass of eighteen or twenty years old is as pliable as wax.’

It is impossible to peer behind the bedroom door, but suggestions that Hitler was ‘sexually a void’ because of his obsession with hygiene, is contradicted by observers of the time who suggest that Hitler and Eva did share a bed as a couple. They had interconnecting bedrooms at the Berghof and Hitler’s valet, Heinz Linge, attests that they would go to bed together. While Hitler’s maid, Pauline Kohler, wrote that ‘Hitler is not strongly sexed’, Eva Braun’s correspondence reveals nothing unusual – certainly not on the lines of fully-clothed sex – except that once war had broken out, Hitler was unable to get interested. She used to show her friends a 1938 photograph of Neville Chamberlain on a sofa in Hitler’s Munich flat, saying ‘If only he knew what goings-on that sofa has seen!

It would be surprising, as Martin Amis says, that such a warped psychology as Hitler’s could ever be ‘a considerate and energetic lover’. Yet, once I began to write about the Nazi wives, I realised the ability of mass murderers to compartmentalise their lives is one of their most disturbing aspects. A new documentary about Himmler’s home life called The Decent One by the acclaimed film-maker Vanessa Lapa focuses on the tender personal letters between Himmler and his wife Marga, largely about their daughter Puppi, even as he perpetrated daily atrocities. It raises the same questions as Thomas Harding’s Hanns and Rudolf, about the private life of Rudolf Hoess, the Auschwitz commandant, whose oblivious children played just yards away from the horrors of the camp.

Looking at the women who loved the Nazis is not prurient. It matters because viewing the Nazi leaders on the human scale – as fathers, lovers and husbands – is what makes their activities more repellent than ever.

Jane Thynne’s latest Clara Vine novel, Faith and Beauty, is out on 11th May.

See also: The Women Who Flew For Hitler by Clare Mulley

The plight of refugees torn from home
Nazi occupation of the Channel Islands
The remarkable women of WW2
Auschwitz: the Biggest Black Market in Europe
Unseen Auschwitz