History by the River is a monthly panel event with a social buzz for lovers of books, history and good beer. It’s a chance to get together with fellow readers and authors to hear about the best new historical writing, then discuss it all over a drink afterwards.

NB: you can’t actually see Tower Bridge from the pub, but Hammersmith Bridge is pretty too.

Get your tickets on eventbrite. 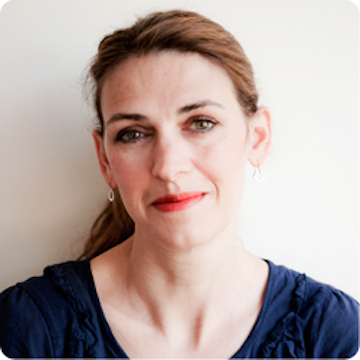 Clare is an award-winning biographer, and regular contributor to historical and current affairs journals, TV and radio.

Clare’s first book, The Woman Who Saved the Children (2009) won the Daily Mail Biographers’ Club prize and was praised by then PM Gordon Brown as ‘a truly brilliant book’.  The Spy Who Loved (2012) looks at the remarkable life and achievements of Krystyna Skarbek, aka Christine Granville, Britain’s first female special agent of the Second World War. Now optioned by Universal Studios, the book led to Clare receiving Poland’s national honour, the Bene Merito, in 2014. Clare’s third book, The Women Who Flew for Hitler, a joint biography of two extraordinary women at the heart of the Third Reich, was published on 29 June 2017.

The Women Who Flew for Hitler

Hanna Reitsch and Melitta von Stauffenberg were talented, courageous and strikingly attractive women who fought convention to make their names in the male-dominated field of flight in 1930s Germany. With the war, both became pioneering test pilots and both were awarded the Iron Cross for service to the Third Reich. But they could not have been more different and neither woman had a good word to say for the other.

Hanna was middle-class, vivacious and distinctly Aryan, while the darker, more self-effacing Melitta, came from an aristocratic Prussian family. Both were driven by deeply held convictions about honour and patriotism but ultimately while Hanna tried to save Hitler’s life, begging him to let her fly him to safety in April 1945, Melitta covertly supported the most famous attempt to assassinate the Führer. Their interwoven lives provide a vivid insight into Nazi Germany and its attitudes to women, class and race.

Acclaimed biographer Clare Mulley gets under the skin of these two distinctive and unconventional women, giving a full – and as yet largely unknown – account of their contrasting yet strangely parallel lives, against a changing backdrop of the 1936 Olympics, the Eastern Front, the Berlin Air Club, and Hitler’s bunker. Told with brio and great narrative flair, The Women Who Flew for Hitler is an extraordinary true story, with all the excitement and colour of the best fiction.

Toby Clements worked for many years as a journalist and was the literary editor of a national newspaper for ten years before becoming a full-time writer. He lives in London with his wife and three children.  Kingdom Come, is the fourth in his Kingmaker series, set during England’s Wars of the Roses.

The recent tensions between King Edward and his great ally the Earl of Warwick lie forgotten these past months, but even as winter tightens her grip on the land, the peace is shattered by a vicious attack on one of the King’s allies. Long buried secrets are brought to the surface, and Thomas and Katherine must finally decide where their loyalties lie and to choose between fight or flight, knowing either choice will incur a terrible price. From Lincoln to Bruges, from Barnet to the great battle at Tewkesbury, both must play their part in one of the most savage wars in history. The wars of the roses.

Elizabeth Buchan began her career as a blurb writer at Penguin Books after graduating from the University of Kent with a double degree in English and History. She moved on to become a fiction editor at Random House before leaving to write full time. Her novels include the prizewinning Consider the Lily – reviewed in the Independent as ‘a gorgeously well written tale: funny, sad and sophisticated’. A subsequent novel, Revenge of the Middle-Aged Woman became an international bestseller and was made into a CBS Primetime Drama.

‘Wrapped in the roots of the sycamore was a skeleton; the remains of a woman, between twenty-five and thirty. She had carried a child . . .’

At the close of the Second World War, Intelligence Officer Gus Clifton returns to London. On his arm is Krista, the German wife he married secretly in Berlin. For his sisters, this broken woman is nothing more than the enemy. For Nella, Gus’s loyal fiancée, it is a terrible betrayal. These three friends wonder what hold Krista has over decent, honourable Gus. And, they ask themselves, how far will they have to go to permanently get her out of their home, their future, their England?

William Ryan – Chair and your host for the evening

William Ryan’s Captain Korolev Novels have been shortlisted for numerous awards, including the Theakstons Crime Novel of the Year, The Kerry Group Irish Fiction Award, the Ellis Peters and John Creasey Daggers and the Irish Crime Novel of the Year (twice). William teaches on the Crime Writing Masters at City University in London. His latest novel The Constant Soldier has been described by AL Kennedy as “a nuanced, complex and gripping tale of guilt and love that captures the chaos at the end of World War Two”.

Get your tickets on eventbrite.