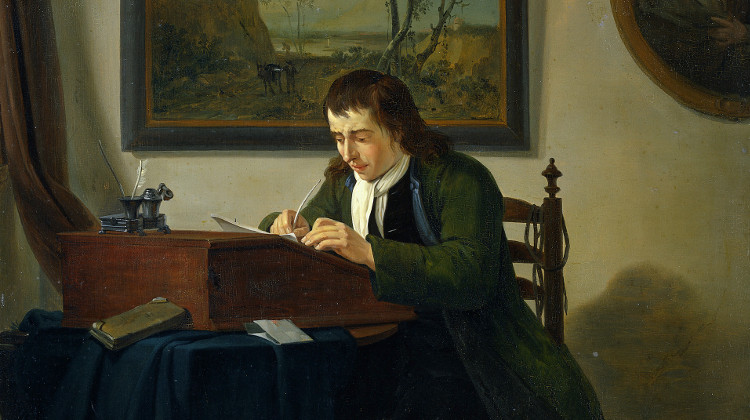 Our resident agony aunt, Dr Darwin, answers a common question: How can I find a voice for my historical fiction?

Writing courses boast they’ll help you to “find your voice”, and “the voice” is the thing that publishers and therefore agents say they are looking for almost above all. But what does that mean for the writer of historical fiction? Should we not be finding other voices? And yet when I try to reproduce the actual prose of the period I’m writing, it’s either incredibly wooden, or unsustainable at novel-length without driving the reader mad.

It is a puzzle, isn’t it. The reason publishers fuss about narrative voice it is because it’s that which draws the reader in, long before we can care about the story. Of course the characters’ voices in dialogue and thought need to convince, but narrative voice, too, is formed by a consciousness – the storytelling consciousness – that the reader wants to lock on to. Voice is the medium, the nature of the water the reader drinks, the “dark matter”, as Courttia Newland puts it, which holds the story together. So in historical fiction it really isn’t about “authenticity” – which is a chimera anyway – or whether you are “allowed” to thee and thou – because as you’ve found, the harder you try, the less successful it usually is. Dark matter works more subtly than that.

Consider these extracts, all from early in their respective texts. None of them could possibly be opening a novel set in the present day, and yet each uses different means to make sure you pick up the “otherness”, and begin to learn how to read this story.

Listen, Idnerth. I’ve been called a paid arselicker and I’m proud enough of my job to consider that a kind of compliment. After all, who with any sense would do such a thing if they weren’t getting paid? For a meal and the high regard of your household I can give your ancestry back to Brutus, obscurely sing your praises, fix with my craft your greatness, your generosity, your et cetera, and do it with words strong enough to make quiver the chin of your most cruel soldier. (Christopher Meredith, Griffri)

loc it is well cnawan there is those wolde be talln lies and those with only them selfs in mynd. there is those now who specs of us and what we done but who cnawan triewe no man cnawan triew but i and what i tell i will tell as i sceolde and all that will be telt will be all the triewth. (Paul Kingsnorth, The Wake)

And if you’re trying to catch voice when the narrating consciousness is not a character telling their own story, but external to the events?

When he had arrived, he was thought to look much older. He was still as lean: a body swollen by macaroni and lemon pastries would have ill suited such a narrow clever face, with the aquiline nose and bushy eyebrows. But he had lost his caste’s pallor. The darkening of his white skin since he’d left seven years ago was remarked with something approaching disapproval. (Susan Sontag, The Volcano Lover)

In the late afternoon, a lance of naked sunlight spears the gunsmoke and strikes Tod Rustbeard square on the chest. Looking down from the stone and timber rampart on which he stands, he thinks a shot must strike it, or a bodkin, or a French axe hurled up from below. He will die filthy, his beard a clot of spittle, his mail a mess of crusted gore, brown as cow dung, rough as a ploughed field, textured with other men’s deaths. (Manda Scott, Into the Fire)

Griffri could be modern until we reach the high regard of your household, which suddenly tunes us differently. Kingsnorth’s overt project is to use only Anglo-Saxon words and spelling, but once you’ve got used to that (try reading it aloud), it’s the rhythm and syntax which make it feel ancient: There is those now who speak of us and what we done, but who knew true? No man knew true but I, and what I tell I will tell as I should.

By contrast, Sontag’s vocabulary is only very subtly not-modern – ill suited, was remarked: what’s really different from us is the disapproval that the narrator transmits, that a gentleman should have a working-man’s tanned skin. The historicalness of Scott’s narrative voice, on the other hand, is all in the vocabulary: bodkins, mail, and similes suited to this world: rough as a ploughed field. You could swap those for concrete and guns without the sentences changing at all in shape or rhythm.

All of these, in their different ways, are vivid and evocative: for me, at least, they work. So, how do you set about finding the voice of your novel? First, every writer already has a voice of some sort: ten writers would write the same scene ten different ways. For any given novel, the voice is formed by two things working together: why it matters that the story be told, and what you want the reader to feel about these people and what happens to them. The needs of What and Why are the sieves you use on your personal language-hoard of vocabulary, grammar, syntax and prosody – the patterns of word-sounds and rhythm – to create the “how” of your storytelling.

Of course, in historical fiction, part of What and Why is how “other” you want your characters and their world to feel to the reader. Neither Griffri in Wales, nor Rustbeard in Orléans would be speaking the English of our time, but Griffri’s voice is much more Other. The Wake is more Other still, which is wonderful for some readers and daunting for others.

There are practical things you can do to increase your language-hoard, ready for the sieves of What and Why. Read writing from your period – letters and diaries, plays, speeches – and fiction if it exists: fiction was the first literary form to try to reproduce conversational speech, but even the fiction of the 1930s reads very differently. Read things aloud to hear their rhythms and standard phrasings; write some pastiche to get a feel for grammar, syntax and vocabulary; make lists of words and phrases that have the sting of “otherness” and therefore feel authentic: recently I came across “to perform Quarantine”, in an 1820s text, and the verb was just such a sting. Do a poetry course – poetry is yoga for prose-writers.

Separately – because the voices of historical fiction have already been through their writer’s language-sieve so you don’t want to use them directly – study how good historical novelists do it, as we did further up.

And then, I would say, put it all away. In the end, what makes the reader willingly read as if this story is true is that it comes, quickly, to matter to us; and it’s the narrative voice which creates that mattering. There comes a moment when you have to write your words and trust that the dark matter will be there, holding it all together. If you have an internal narrator, imagine them telling their story aloud, in the pub/galleon/agora, and if you have an external narrator, imagine them a little more fully, closer to an actual person, and do the same. Then ask yourself again: Why do they need to tell this story? What are they trying to get us to understand? Why does it matter so much? And write.

Image: A Man Writing at his Desk by Jan Ekels the Younger: via Wikimedia